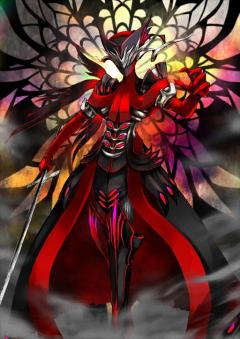 Antonio Salieri is currently unavailable on the Global ver.

Antonio Salieri is the first addition to the roster of Silver Avengers. As a newcomer it might seem rather difficult to set a standard, but thankfully Antonio does very fine, and is able to perform very well without being too broken.

Antonio is rather straightforward on the surface--- He powers up his buffs, and uses NPAA chains to hit for pretty good numbers. Being an Arts Servant, he would also be able to naturally regulate his NP usage quite often, achieving good numbers overall. He also has 2 Busters on his kit, which can be used instead of his Arts cards to increase his crit damage further.

With a 3 Arts cards (including NP), a base rate of 0.70% NP gain on attacks, a rate of 6% gain upon getting hit (taking Avenger C’s passive into account), an Arts buff, and a passive 3.3% increase in gauge per turn, Antonio is also able to use his NP quite often, and charge his gauge quite quickly. In fact, if he crits he can recover most of his gauge.
His NP also applies an AOE ARTS Resistance Down, which can boost your team's NP gain and damage on Arts cards decently. It's some decent utility for Arts teams, and with his potential to charge his NP quickly one can stack it to power up his hits and overall NP gain even further.

Aside from his great overall NP gain, Salieri is also able to boast quite the amount of damage, even with having only a small pool of enemy classes to counter. With +1000 Fous, he is able to reach an attack of 9125, which is the highest among all Silvers so far, excluding Lu Bu since the guy deals extra damage to most classes. With the Avenger Class’s 1.1x multiplier in mind, his actual attack stat actually goes for up to 10,037.5, reaching levels extremely close to SRs. This allows him to be a reliable damager, even with the small amount of classes he is able to counter naturally.

To gain an idea on how much he deals, here are a few calculated numbers on his best chains. These calculations are based on +1000 fou stats, maxed skills, and against neutral classes.

These numbers are quite good, for someone who’s hitting against neutral classes and with only his own buffs.

It seems almost too good to be true, and it fact it is. There’s a few catches to the maestro’s performance that prevent it from being a masterful concert all-around.

Antonio's skills only last for 3 hits, which means that after using them up, his buffs disappear. They also last for only 5 turns, which prevent them from being stacked. This means that in effect, they would be equivalent to 1 turn buffs that have slight potential for extended use.

Antonio has yet to have had a rate-up, and can only be rolled in the Story Gacha. This makes achieving NP5 quite difficult.

Antonio has no skills that increase his star absorption, and carries a base star weight of 30. This means that even Casters would slightly attract more stars than he would, as they have a base weight of 48.
His NP also reduces the team's star generation rate as a demerit, which can be somewhat problematic for allies that generate stars through hits. This means that he not only has difficulty absorbing stars, but he can also make it difficult for your team to make him some. This can give him a mighty blow in his consistency, unfortunately.

The silver lining is the fact that he has Innocent Monster EX, which allows him to generate 10 stars per turn. With this skill, one would have a supply of at least 10 stars every turn for more than half of the time he’s in the field. Still, this means that Antonio’s effectivity would be very dependent on his team’s setup, as one has to place him with allies that can provide him with stars and not steal them from him.

Antonio has 0 survival skills, which means he relies mostly on his teammates to protect him. With only 8840 HP post-fou and 0 survival skills, he probably has the least survivability among all Silvers, surpassed only by Lu Bu once again due to the latter's class. This can be somewhat problematic at times, but thankfully the abundance of Arts supports that can provide him with sustain mitigates it to an extent

That said, despite his difficulties Antonio still is quite a good Servant, and can work well with many allies that can improve his performance. He also still can aid his allies as he deals damage, fitting quite nicely within standard Arts teams.

Antonio’s NP deals pretty impressive damage at NP5, hitting for 22509 against all enemies with his Arts buff in effect. It also debuffs all enemies’ Arts Resistance, which can aid his team’s NP gain on their Arts cards for 3 turns. With his great NP gain using his NP twice within 3 turns or so is quite possible, so a 2nd NP would hit for at least 19046 damage with the Resistance down as its only modifier.

Still, due to the fact he is story-locked, acquiring him can prove to be difficult. As such, here are a few numbers to share how much he would deal at NP1:

Salieri would receive a great increase in overall potential damage with a boost to his NP damage. Especially if one considers his potential in using his NP at frequent intervals.

Since Antonio’s Arts buff lasts for only 3 hits, a backup buff through a CE can let him hit with a passive boost regardless of whether his buff is in effect or not.

Antonio’s main weakness as a crit damager is his lack of high star absorption. Thus, a CE that improves it can also fix up his overall consistency, making him more reliable in dealing hits.

Flames of Slashing and Burning B

A QAABB deck allows Salieri to charge and recharge his NP quite effectively, giving him good potential for consistent damage. While arguably 2 Quicks could have been better for him, having 2 Busters also allow him the option to crit for even more damage.

Anonymous
Can I just point out the ironic hilarity of Mozart being a recommended support servant for him, considering their actual history regarding each other (and indeed, the entire reason Salieri is even an Avenger-class in F/GO)?
Reply
<< Anonymous

5 Star Servants Tier List: Best Servants [5/9 updated!] 79
no
Saint Quartz Farming Guide 7
ty umu
Leonidas 9
Could I get a pic? Would love to see him maxed, to get an idea, as I'm currently at level 90...
Caster of Okeanos (Circe) 2
Idon't have much problem regarding her np gain, with her triple arts deck, she'll be ab...
> Go to the latest comments