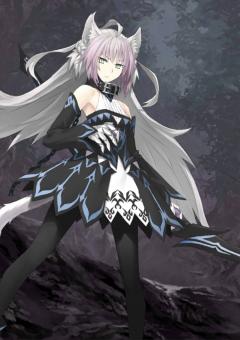 Atalante is one of the newest Servants to remind us that simplicity can sometimes be best. True to her no-nonsense character, the hunter performs greatly in taking down her prey without much need for excessive action.

Atalante is pretty straightforward. She hits enemies with an NP Brave chain, bearing high potential to achieve critical hits along it. She does this at decently frequent intervals as well, as she has very good NP gain to back her up. In an AQQEX chain she would garner at least 36% NP charge. Her NP inflicts an NP seal as well, which she can apply on an enemy at a good pace due to her NP gain.

There’s two main methods in dealing damage with her--- one would be to let her hit for NPQQEX crit brave chains. The benefits of this chain are quite plenty. Aside from dealing good damage, it would also generate a considerable amount of stars that she or the team could make use of for the next turn. It also recharges her NP gauge to quite an extent, refunding her around 47% NP with her skills maxed.

Another way for her to execute damage would be to focus her damage on a BNPBEX crit brave chain instead. While she wouldn’t generate as much stars, she would hit even harder than she would with a Quick chain.

Of course however, she isn’t without her limits--- due to her main buffs lasting for only a single turn, she is unable to truly keep on hitting with the same amount of damage output, at least not until her skills recharge again. The short duration of her skills also prevent her from performing her two chains freely or consecutively to full effect. Instead the player will have to choose which chain they would use and save her skills for that chain.

Aside from that however, she’s quite well off, suffering from only perhaps her class’s fragility. With her hitcounts she’s not only able to charge her NP well, but she’s also able to supply herself with a decent amount of stars. She’s quite consistent when she needs to be.

Tauropolos Skia Thermokrasia hits for a good number at NP, going for 59k when buffed with Atalante’s own skills. Considering that it only uses one type of buff to power itself, it would potentially scale quickly enough with buffs other Servants may be able to provide. The NP itself hits for 5 times, which can grant her a small amount of NP charge and stars on its own. The curse it inflicts is quite ignorable, but the NP seal is mighty useful. With her good NP gain, Atalante can potentially seal her enemy’s NP charging at a decent rate.

An increase in NP damage can take much advantage of Atalante’s potential for fast NP gain, allowing her to deal more damage outside of just her crits.

An extra increase in Quick can give Atalante a slight increase in NP damage, and a Quick up for when her skill is on cooldown. It can also grant her an increase in NP gain and stargen on her normal hits.

A QQABB deck is a nice fit for Atalante--- with two Quicks, two Busters, and good hitcounts, she is able to generate a good amount of stars for herself and hit hard if needed. Despite having only a single Art card, her NP generation doesn’t suffer much either, due to having a good base rate and 3 hit Quicks.